The Sand House was a prominent and unique feature in Doncaster from the 1850s until the Second World War. The Sand House was a mansion sized dwelling carved from solid sandstone by Victorian businessman Henry Senior. As well as carving the house itself, which stood in a former quarry, Henry excavated into the adjacent ground and created a network of tunnels, decorated with fine and unusual carvings. The Sand House, or “Don Castle” as it was referred to by Henry Senior, was well-known to the townsfolk of Doncaster

The initial house comprised four rooms and was two storeys high. Over a decade or so, the house was extended by removing more ground from around the massive sandstone block from which the original house had emerged until, once completed, the Sand House had ten rooms, with the largest being a first floor ballroom which was able to accommodate upwards of 200 people. The Cloisters were extensively decorated with carvings, fashioned from the sandstone. There was a variety of subjects, including a life-size elephant and its mahout.

After Henry Senior’s death in 1900 the house and tunnels were sold to Doncaster Corporation, who installed the foreman of the Sanitary Department, running the town’s refuse and night-soil collection services from the premises. This continued until the mid-1930s, by which time not only were the Corporation’s needs changing, but also the Sand House no longer met the occupants’ expectations for modern living

In 1935 formal approval was given for the former quarry to be used as a land-fill site and, around the beginning of the Second World War the roof was removed to allow filling to continue within the house itself. By 1951 the area was a wasteland, with no visible signs of the house or its garden remaining. Following several collapses of tunnels in the vicinity through the 1970s and early 1980s the decision was taken by Doncaster MBC to locate and infill all the remaining tunnels and, in February 1984, this work was completed. Today nothing exists above ground to mark the location of this remarkable creation.

Un-fined & Unfiltered may be hazy.
Suitable for vegetarians/vegans. 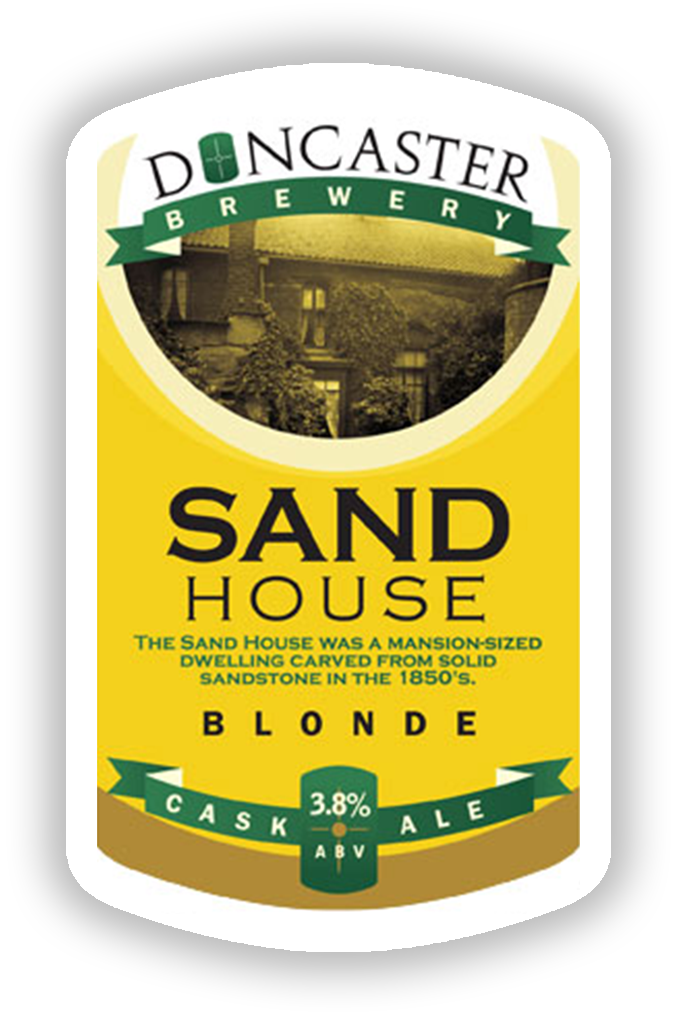