Angel and Royal is a seasonal ale brewed for the Christmas season. A very strong spicy dark ale - which tastes of all things Christmas.

Originally an Inn called the Bear (circa 1458), this became the Old Angel in the 17th Century, it was later replaced by the New Angel in 1810. The New Angel was later renamed the Angel and Royal after Queen Victoria and her family stayed there.

The Angel & Royal Hotel in Doncaster was hugely popular during race week and authors Charles Dickens and Wilkie Collins both stayed here in St Leger week 1857. Thomas Pye was manager, the letter Dickens sent to Mr Pye exists in book form, The Letters of Charles Dickens. 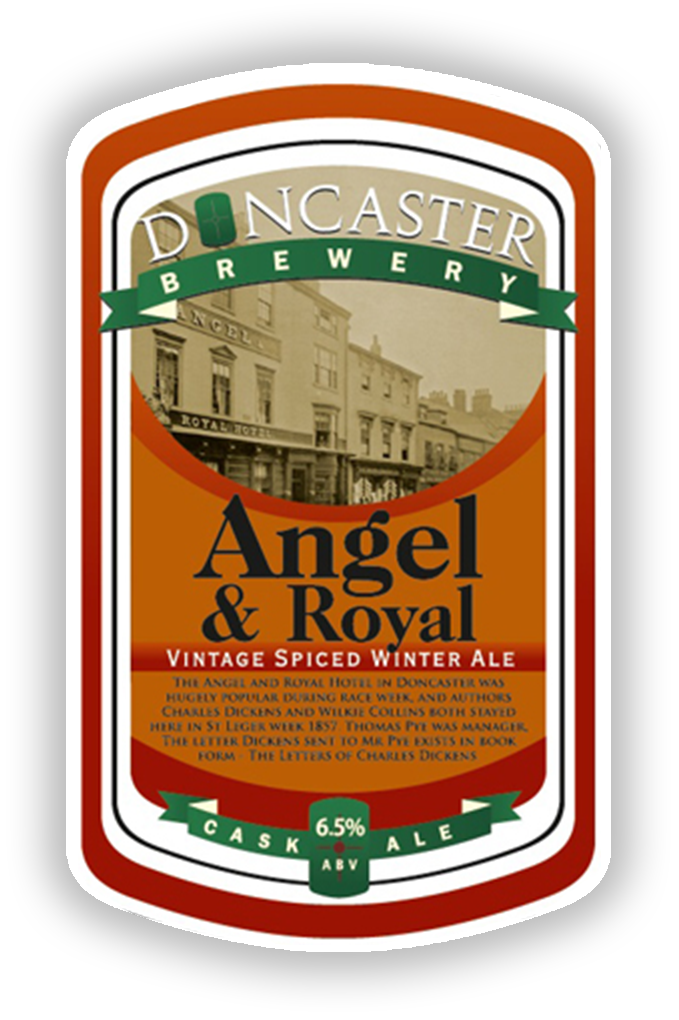