Made with 54 kilos of pumpkin flesh, Maris Otter and Black malt and Roasted Barley and hopped with Hallertauer and Cascade hops. Also spiced with Allspice, cinnamon and nutmeg. A very spicy and moorish flavoured porter with a sharp flavour from the roasted barley and a cinnamon spice aroma.

AD71 was the year when the Romans arrived in Doncaster and started building their garrison – DANUM. Danum’s first fort was built from timber to house approximately 500 soldiers. It was demolished in the 2nd century AD and replaced with a smaller fort protected by clay, gravel and limestone walls.

Un-fined & Unfiltered may be hazy.
Suitable for vegetarians/vegans 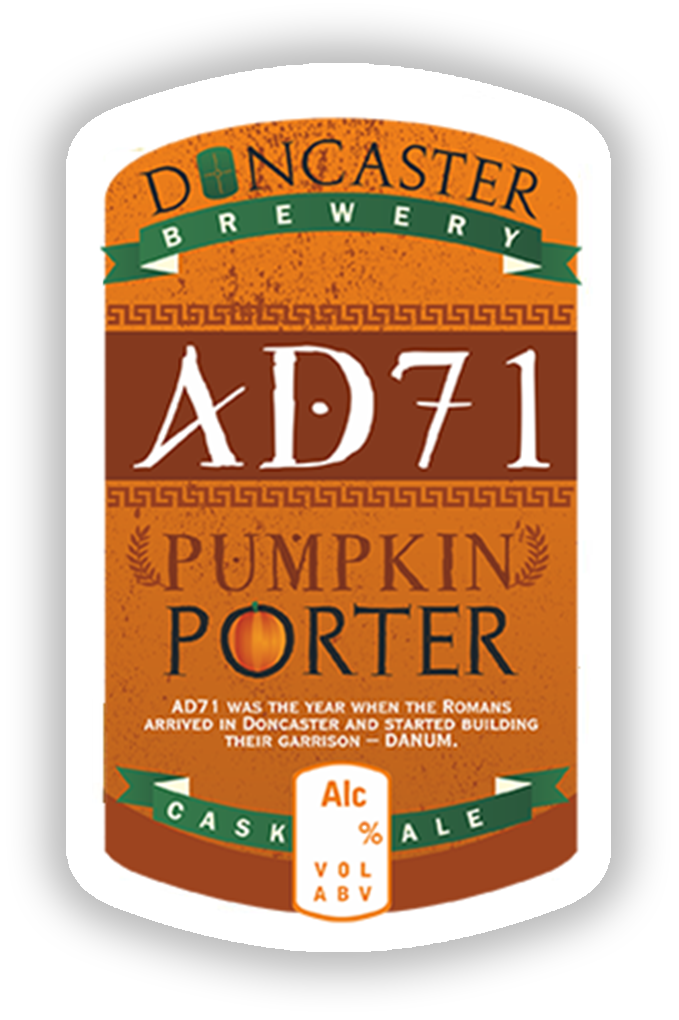