A spicy earthy aroma with a slightly spicy bitter flavour and a slight hint of coffee/chocolate on the finish.

The Charter Porter is named after the Charter granted by King Richard I on the 2nd May 1194 which gave Doncaster national recognition as a town. As a town Doncaster was later granted a Market Charter which allowed a market to be held around the Church of St Mary Magdalene in 1248.

The market continues to operate today with traders now located under cover in the 19th century Corn Exchange building and also outside stalls around the Corn Exchange. The Corn Exchange was extensively rebuilt in 1994 following a major fire. Doncaster Market is still recognised as one of the best markets in Britain.

Un-fined & Unfiltered may be hazy.
Suitable for vegetarians/vegans 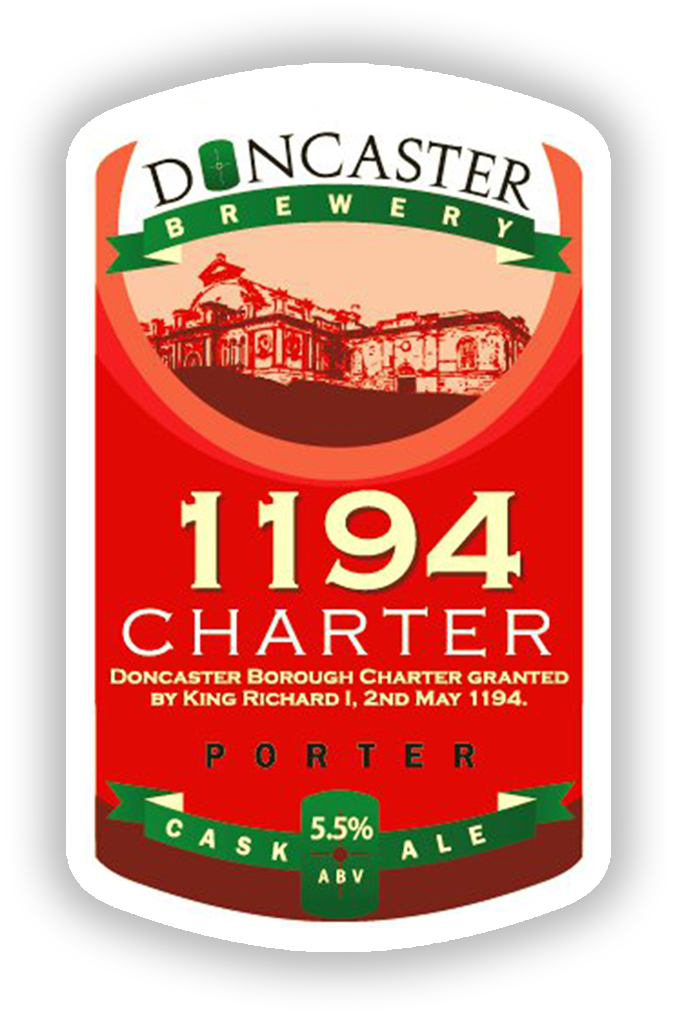